ABOUT OUR LADY OF ROSARY CHURCH, MANDREM

Almost to the extreme north of Goa, surrounded by the village of Arambol from the North , Morjim from the South, Pernem from the East and the beautiful Arabian sea from the West, stands hidden the village of Mandrem.

Although the Catholic church considers this land as a ‘mission land’ Christianity in this village dates back to the midsts of the Nineteenth Century. The public practice of Christian worship started as early as 1887, when on the 16th of February, the first chapel dedicated to “Our Lady of Rosary” was officially inaugurated by the ‘Vigario Vara’ of Pernem.

In Principio the chapel and Christian community was under the Parish of Arambol. Thanks to the yeoman services of the priests who celebrated the Dominical Mass and among them specially Fr. Filinto Menezes from Batim, the chapel could have its own residential quarters, which enabled the ecclesiastical authorities from Goa to raise its status to Chaplaincy, with a resident Chaplain in the year 1900 and Fr. Antonio Paulo Policarpo Jaques was nominated its first Chaplain, who worked hard to ameliorate the situation of the chapel.

On the 18th of November of the year 1932, Patriarch D. Teotonio Manuel Ribeiro Vieira do Castro raised the chapel to the status of a full fledged Parish Church (under the deanery of Pernem) nominating the then Chaplain, Rev. Fr. Arsenio das Dores Almeida, from Batim , its first Parish Priest. Till today the parish has maintained its ever progressing space.

As, in the course of a Century, the catholic population  increased considerably, the earlier church premises was found to be inadequate to cater to the needs of the parishioners, Consequently they decided to reconstruct the same in a more adequate way.

The new church building of Our Lady of the Rosary Church, Mandrem Goa was built in 1992.

The Educational Institutions based in the Parish of Our Lady of the Rosary Church are Our Lady of Rosary High School, Mandrem and Rosary Convent Primary School, Mandrem, run by the Missionary Sisters of the Queen of Apostles (SRA).

The number of Catholics in the parish is 1800. The Feast of Our Lady of the Rosary Church at Mandrem is celebrated on the 3rd Sunday of November every year. 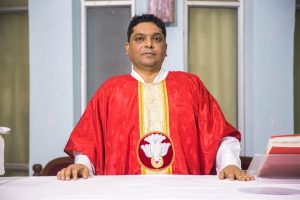 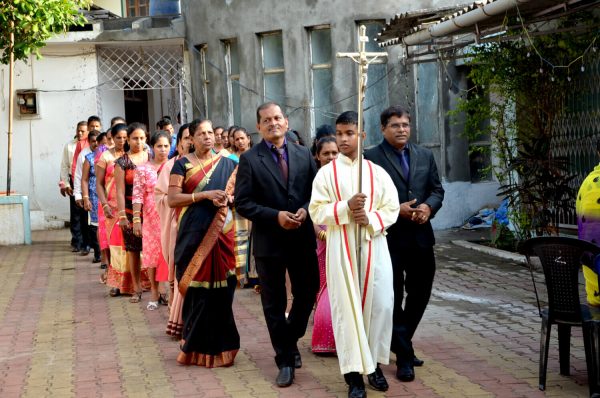